Dr. Pawlowski’s mom was never quite sure what to expect as the next “pet” being brought home – be it a snake, lizard, frog, baby bird or even a tarantula! As a child he didn’t plan on becoming a veterinarian, but knew he wanted to work with animals, and planned to become a zoologist. After high school he attended Moorpark College and earned a degree in Exotic Animal Training and Management where he worked with a wide variety of animals including an olive baboon named Rosie, numerous other primates, a camel, a bison, a mountain lion, numerous parrots and an adorable California ground squirrel that gave the cutest kisses! After Moorpark he went to San Diego where he trained sea lions and dolphins for the U.S. Navy. 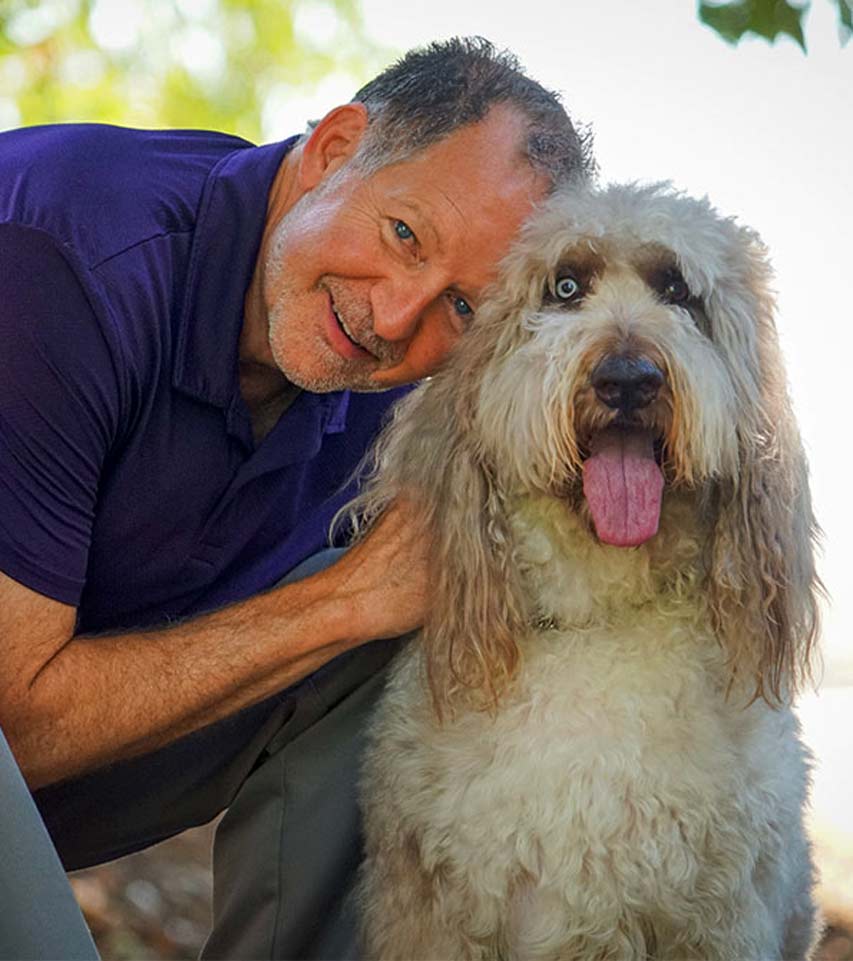 Dr. Pawlowski graduated from U.C. Davis in 1996 and began working for Banfield in South Sacramento. After 6 years, he and wife, Kristi, opened their first Banfield Charter Hospital in Folsom, and five years later open their second one in Lincoln. In 2016 they sold their hospitals back to Banfield and Dr. Pawlowski took some time off to pursue his love of fishing.

In addition to treating dogs and cats, Dr. Pawlowski enjoys seeing and treating all types of exotic animals including birds, rabbits, rodents (guinea pigs, rats, chinchillas, hamsters and mice), reptiles (snakes, bearded dragons, iguanas, geckos and other lizards), amphibians, sugar gliders and just about anything a client wants to bring in.

Dr. Pawlowski loves traveling with Kristi as well as exploring new restaurants and going to the theater. He enjoys running with his dog, Rowlf – mainly because it gets out some of his (Rowlf’s) energy! He also loves SCUBA diving and all kinds of fishing, but especially sportfishing and he is a severe chocoholic! 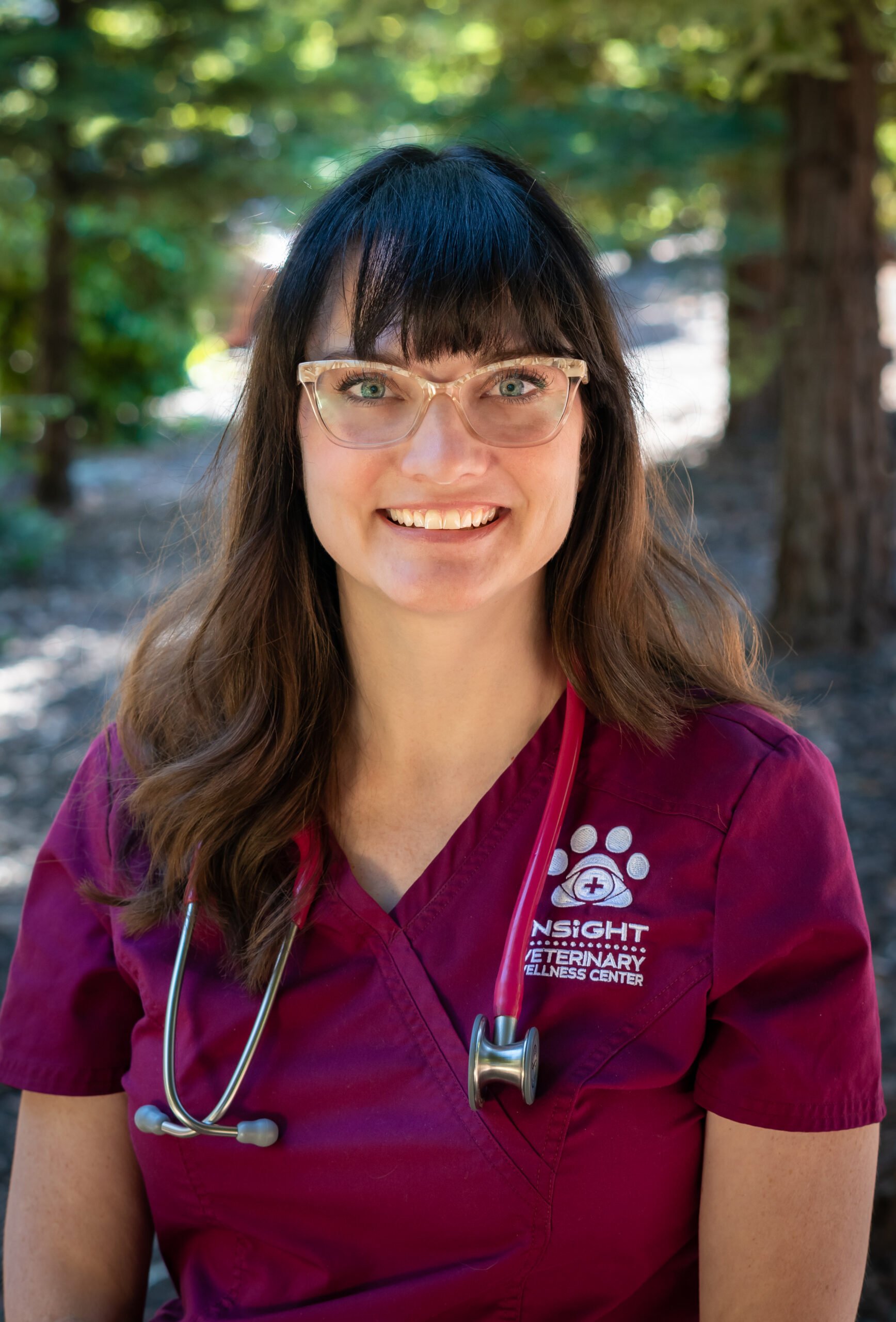 Dr. Catching is very excited to be joining the team at Insight Veterinary Wellness Center. She has over 16 years of small animal practice experience. Ever since she was 12 years old she knew she wanted to be a vet and care for baby animals. She grew up in Elk Grove and spent a lot of time in El Dorado Hills over the years visiting family friends (and the growth seen in both cities has been remarkable over the past 35 years). After graduating from Elk Grove High School she attended UC San Diego with a major in General Biology. She then completed her veterinary degree at UC Davis School of Veterinary Medicine in 2005. After graduating she completed a yearlong internship at a specialty and emergency clinic in the Bay Area. She then went on to practice at a very busy emergency and general practice hospital in Elk Grove for 14 years and more recently at a clinic in Sacramento.

When Dr. Chung was young, she pet-sat her friends’ hamsters over every school holiday. She eagerly made Lego mazes and toilet paper tunnels for the hamsters to play. It did not matter that they defecated all over her carpet – they captivated Dr. Chung and sparked her passion to create a world of fun toys and games for pets.

After adopting some parakeets, she transformed a corner of her living room into a jungle of sticks, paper, and string that greatly entertained her birds and herself. While she watched her parakeets play, Dr. Chung wondered about the safety profiles and toxicities of the sticks and paper dyes used for the toys. This experience birthed her interest in veterinary medicine. 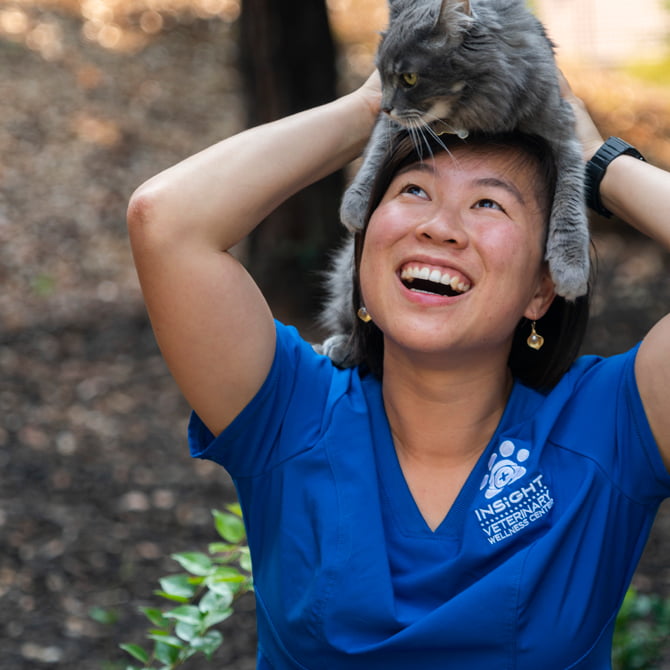 She is grateful to have achieved her lifelong dream of becoming a veterinarian, a profession which allows her to advocate for animal health and make a difference in human lives at the same time. Her journey has strengthened her passion in medicine and her love for working with cats, dogs, and exotics.

Dr. Chung also enjoys taking on leadership roles. She spearheaded the growth of a lion dance team while at UCLA. At UC Davis, she was president of the Integrative Veterinary Medicine Club and was an officer of the PRIDE and Wildlife and Aquatic Animal clubs. She also fostered many cats and managed to consecutively adopt out eight adult cats in a single year. In addition, her other hobbies include birdwatching, herping, backpacking, swimming, listening to music, cooking, constructing catios, and cuddling with her purr baby, Georgi. 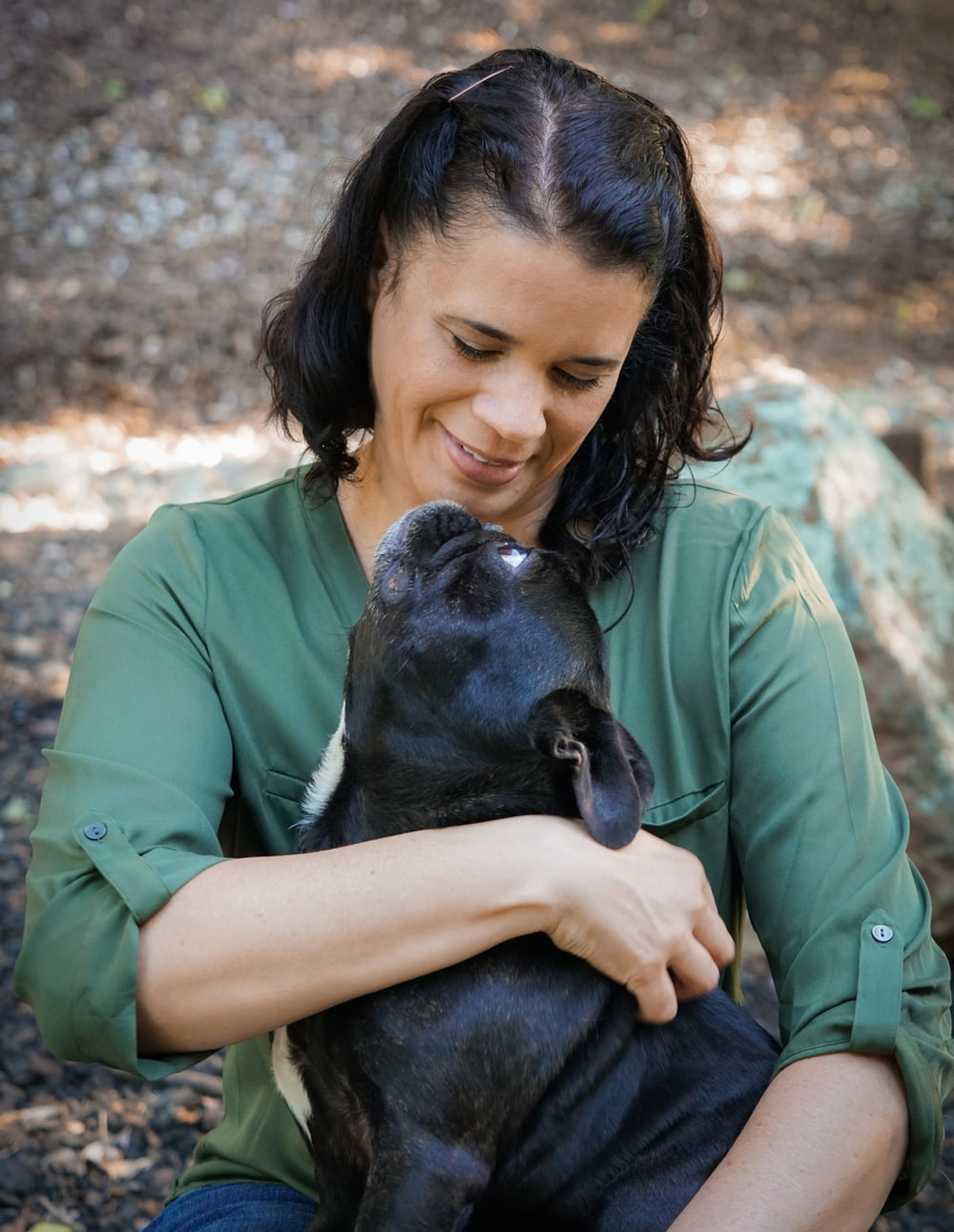 Dr. Frazier is one of our General Practitioners. She was raised on O’ahu, but has lived in California for the last 18 years.

She earned her bachelor’s in Veterinary Science from UC Davis and graduated from the UC Davis School of Veterinary Medicine in 2012. She joined corporate small animal practice with Dr. Pawlowski and Kristi as a new graduate and we’re excited to work with her once more in private practice!

Dr. Frazier’s passion lies in fortifying and nurturing the human-animal bond, specifically with dogs and cats. She understands that her role is to help families navigate and optimize their pets’ health, from the formative years of youth and throughout their entire lifetime, via good veterinary preventative care, nutrition, husbandry, and socialization.

In her free time, she’s with her family, hiking and gardening.

Dr. Maskey moved to California from Michigan in 2015. She drinks pop, not soda :).

She received her BS and MS degrees from Northern Michigan University, and her DVM from Michigan State University. After graduation, she completed an internship in Avian and Exotic Animal Medicine and Surgery in south Florida and has worked with all kinds of animals, from tarantulas to monkeys.

She has a special interest in avian medicine and surgery. She shares her life with a crazy Moluccan Cockatoo, a mellow Blue, and Gold Macaw, 4 wonderful cats, a European Legless Lizard, and a tank full of freshwater fish. She enjoys the outdoors, birdwatching, fishing, boating, and the California sun. 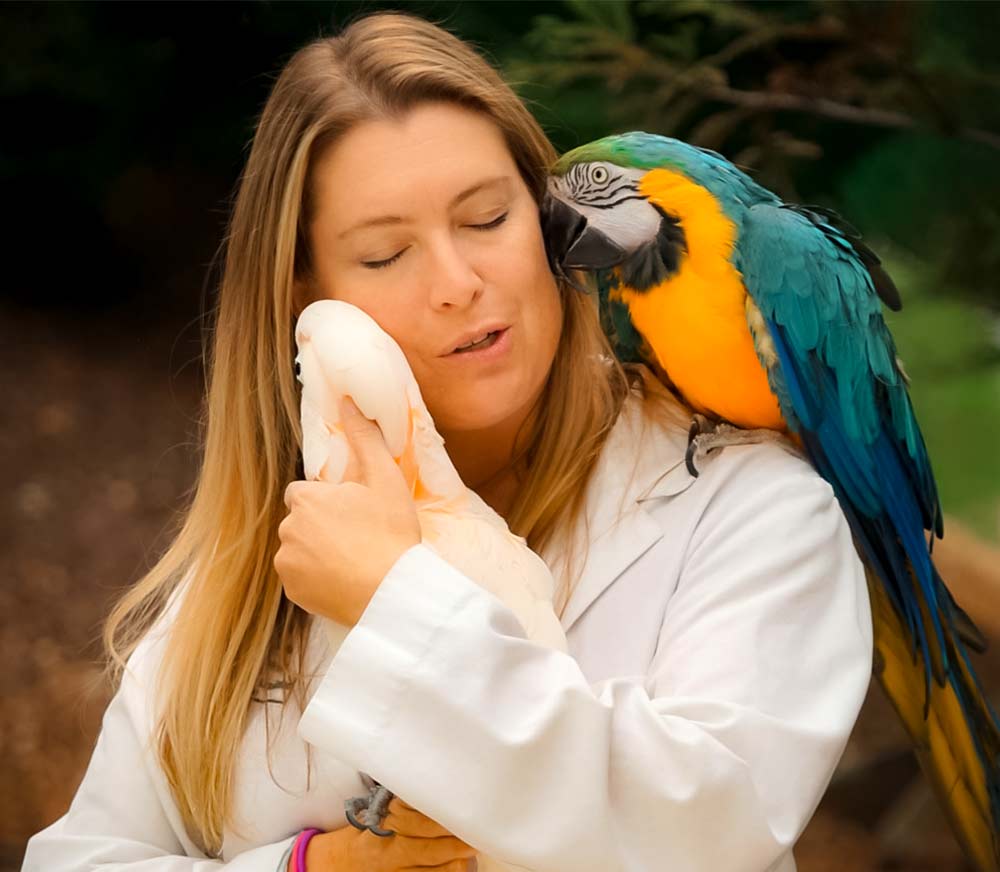 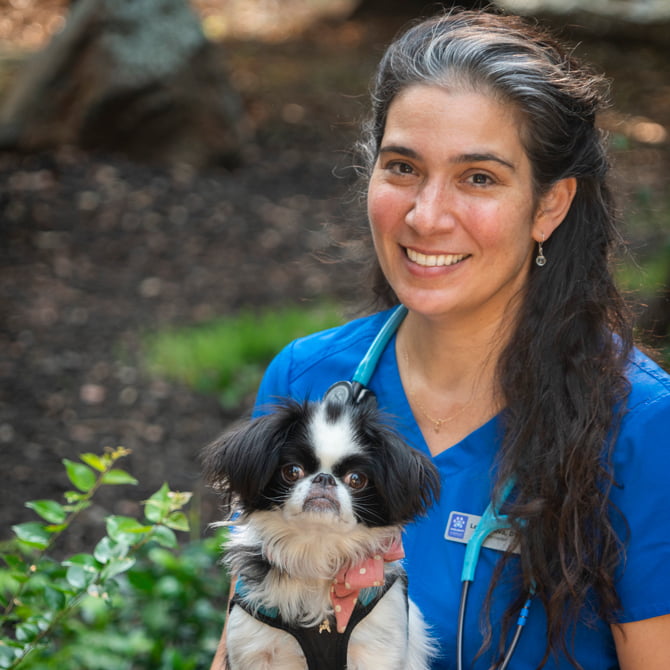 Dr Leslie Silva grew up in the Bay Area (Burlingame) where she studied microbiology at SFSU and attended Veterinary school at Washington State graduating in 2002.

After graduation, she joined a 24-hour Emergency Clinic in Elk Grove and now joins us as an urgent care/day practice doctor. In addition to wellness, she’s also certified with International Veterinary Chiropractic Association. Her passion is to optimize wellness and help pets live longer, happier, and healthier lives.

Dr. Silva has special interests which include senior care, soft tissue surgery and chiropractic. During her time away from work, Dr. Silva enjoys international travels that involve animal conservation and anything on a river.

Close Menu
We use cookies on our website to give you the most relevant experience by remembering your preferences and repeat visits. By clicking “Accept All”, you consent to the use of ALL the cookies. However, you may visit "Cookie Settings" to provide a controlled consent.
Cookie SettingsAccept All
Manage consent

This website uses cookies to improve your experience while you navigate through the website. Out of these, the cookies that are categorized as necessary are stored on your browser as they are essential for the working of basic functionalities of the website. We also use third-party cookies that help us analyze and understand how you use this website. These cookies will be stored in your browser only with your consent. You also have the option to opt-out of these cookies. But opting out of some of these cookies may affect your browsing experience.
Necessary Always Enabled
Necessary cookies are absolutely essential for the website to function properly. This category only includes cookies that ensures basic functionalities and security features of the website. These cookies do not store any personal information.
Non-necessary
Any cookies that may not be particularly necessary for the website to function and is used specifically to collect user personal data via analytics, ads, other embedded contents are termed as non-necessary cookies. It is mandatory to procure user consent prior to running these cookies on your website.
SAVE & ACCEPT